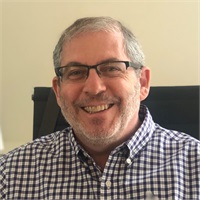 Robert Goodman joined the Strategic Wealth Management Group in December 2015 as a Portfolio Manager and Analyst. Mr. Goodman began his career in finance in 1985, trading US Treasury Securities at Bank of Montreal in London. Over the following 25 years, he also served as a Fixed Income Portfolio Manager & Analyst for the British Petroleum Company in Cleveland, OH as well as a Fixed Income and Equity Portfolio Manager & Analyst / Director of Investments at Fairport Asset Management, which he helped found in 2001. After returning to New York City and prior to joining Strategic Mr. Goodman spent over 2 years at Edward Jones as a Brooklyn Branch Associate Manager and SAM Advisors as a Sr. Portfolio Manager.

Mr. Goodman received his B.A. in Cultural Studies / Economics from the State University of New York at Empire State College and has been a regular member of the CFA Institute since 2002 and the New York Society of Security Analysts since 2013.